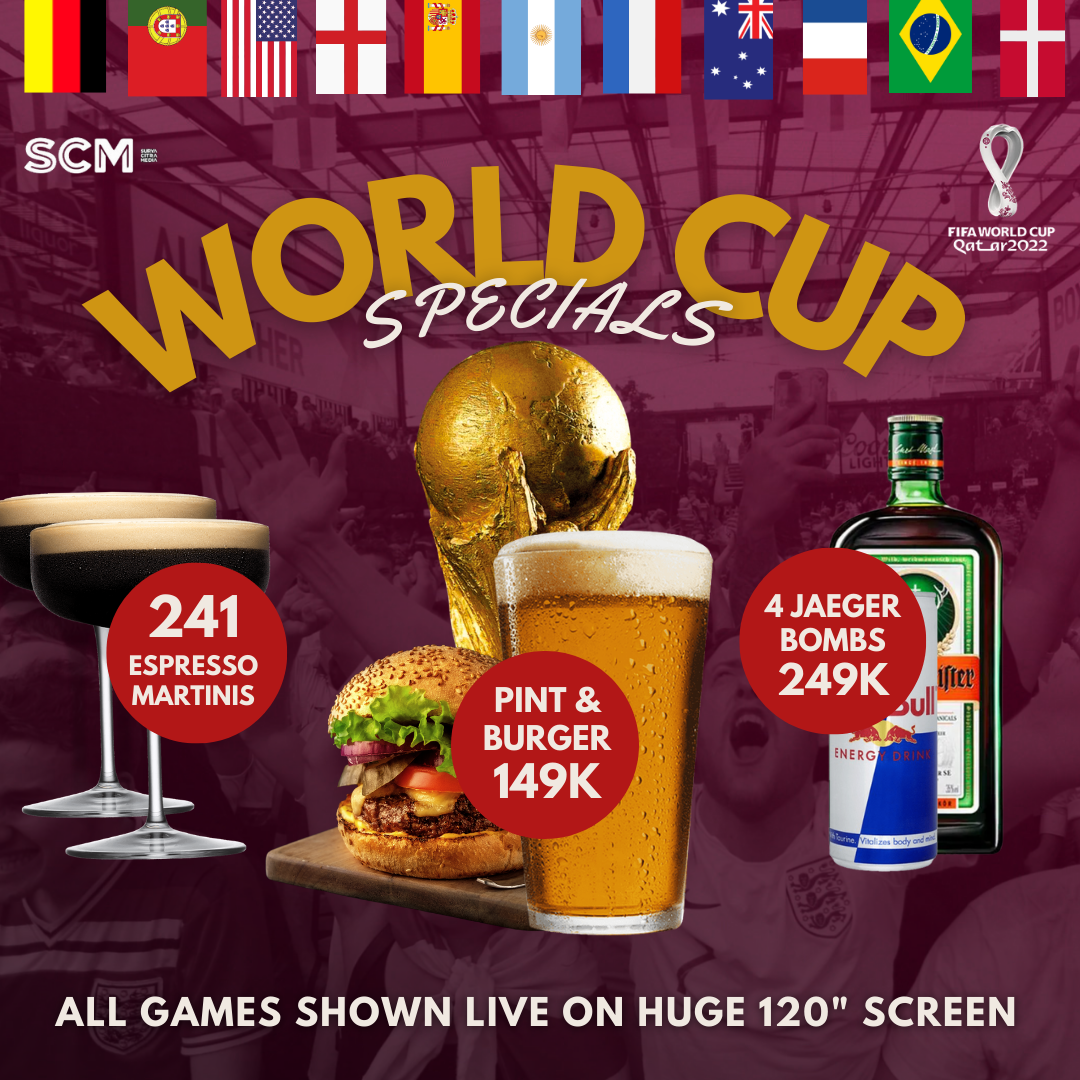 This November brings the worlds biggest sports competition to Qatar where the worlds best football teams will compete to become the world champions. Many people are looking for the best place to watch the World Cup games with a big screen and a great atmosphere and The Barn will be sure to be one of the best venues in Canggu with 7 huge screens, A/C and a late license. Due to strict licensing in Bali, there will only be a select few bars and pubs which will be able to show the World Cup games live and The Barn Gastropub will be one of those! We will be open til late every night to show the games and will have special promos to keep you up and full of energy including 2 for 1 Espresso Martinis and 4 Jaeger Bombs for 249k! With these amazing deals you’ll have no excuse for missing your country’s late kick off. On top of that we are also offering a pint of draft Heineken and a burger for 149k. Alongside the live sports we also offer an array of bar games including pool, table football & shuffleboard to kill time before your team kicks off.

The decision to host the World Cup in Qatar did raise a few eyebrows however the decision to hold the tournament in the winter doesn’t affect Bali as much as European countries where it will be dark and cold. In Bali The Barn is all under cover and we will be closing the doors past midnight so we keep the noise contained inside the venue. Due to the time difference games will kick off between 6pm and 3am for the late games. The Barn will stay open for big games and will remain open for all the knockout games where we will be serving pizzas and Burgers til 5am as well as having a full bar with 10 beers on tap and great value cocktails. With our HUGE 120″ projector screen you will be close to the action wherever you are sat and we will have English commentary on for all the games. The first England game vs Iran is already nearly a sell-out so ensure you book your spot for your countries games prior to arriving.